I’m terribly excited to tell that we’re moving to San Francisco Bay Area in the beginning of 2016! I’m joining a new company, Idean, as a Senior Interaction Designer and Iisa will be starting preschool there, which makes this a tremendous change for the whole family. All of this is something we’ve been planning for a while already, so we’re thrilled that it’s finally happening.

As of today, we’ve packed everything we have—from the 12" record collection to Iisa’s toys—into a shipping container and it’s already in the harbor waiting to get shipped to the United States. We’re still staying in Finland for the Christmas, seeing relatives and enjoying some quiet time, before flying to San Francisco in January.

It’s been interesting few years at Adtile, and I’m grateful for all the things I’ve learned, but it’s time to move on towards new adventures.

The 4th Edition of viljamis.com

I designed the 3rd edition of this website almost 5 years ago, which is an eternity by today’s standards. The previous version was one of the first responsive websites out there that was built mobile first from start to finish. Everything was also done progressive enhancement in mind, which made it last well throughout the years.

Lately, however, I’ve wanted to learn to trust my own instincts more and let go of the imaginary feeling of control we’ve created for ourselves.

But as with many personal projects, there eventually came a point when the content started becoming obsolete, type didn’t work anymore like I wanted it to, and even updating the website became so terrible experience that I just stopped doing it.

It was time to rethink. After some pondering, I came up with these 6 goals for the new version:

The Iconic Work of Reid Miles

Reid Miles was an American modernist designer, a genius of his time, best known for his work for Blue Note Records through the 1950’s and 60’s. During this period he designed almost 500 record covers for the label. This article is a tribute to Miles, who’s work contin­ues to inspire me and many others.

It’s the summer of 1998—a long wait has finally come to an end. After saving for months I’ve acquired my first turntable. It’s Technics SL-1210 MK II and I am carrying it uphill towards home that is nearly two and a half miles further. The package weighs 26 pounds, not an easy task for the scrawny teenager I was back then.

He was a genius, ahead of his time, and the way he treated the typography as visual elements that can be broken apart and form something new still feels fresh.

I remember vividly how I after arriving tear apart the package, took out all the gleaming parts, put them together, and the great enthusiasm and eagerness I felt inside. I also remember how I connected the turntable to the speakers and played the first vinyls I had picked up months earlier.

There I was, eyes closed, letting the unison of the brasses sink into my brain.

Seventeen years later, that same turntable still looks and works like a brand new thing. It was and still is an amazingly well built piece. I feel the same about the work of Reid Miles. He was a genius, ahead of his time, and the way he treated the typography as visual elements that can be broken apart and form something new still feels fresh.[1]

I didn’t know it back then, but the day I bought the turntable and started collecting vinyls shaped my future career as a designer. Slowly through the years the jazz music and artworks of these 12" records became the main source of inspiration for me.

Reid Miles was born in Chicago on the 4th of July 1927, American Inde­pendence Day, making him only twelve years old when Blue Note was founded. When the Stock Market crashed in 1929, Miles’ parents divorced and he moved with his mother and younger sister to Long Beach, California. After high school Miles joined the Navy and, following his discharge, moved back to Los Angeles to enrol at Chouinard Art Institute.

According to Miles himself, he didn’t enrol because of some lofty ambitions towards art. He told in a series of interviews that he did it because of a girl who he was dating at the time. Miles had also just returned from World War II and could use the G.I. Bill education benefits. To him, it felt like a better idea to go to an easy art school than somewhere else. The dating didn’t work out—but three months later, things just clicked and Miles knew what he wanted to do.[2]

After finishing his studies at the Chouinard Art Institute, Miles headed towards New York to look for a job with the biggest portfolio he could possibly find.

If the portfolio didn’t fit on the desk, I wasn’t talking to the right person. You need a fierce competition to do good work and when I started out, I would be competing against 11 other people for a job as an assistant to an art director at a little agency.”

John Hermansader, an American painter and a graphic designer, gave Miles his first job in New York. One of Hermansader’s clients at the time was Blue Note Records, which eventually led to Miles’ involvement too.[2]

In 1951, when Blue Note began releasing 10" records, Hermansader—who later hired Miles—was one of their first designers. Many don’t know that Hermansader, along with Paul Bacon, were the ones who did the ground­work for Blue Note’s design style, which Miles then continued to develop further with his own unique twist.

Late in 1955, Blue Note made the change to 12" record format. It was around this same time when the company hired Reid Miles as their Art Director and asked him to adapt their existing cover concepts to the new, larger format. Miles started his work from Blue Note BLP-1509 by Milt Jackson and The Thelonious Monk Quintet, and went on, designing almost 500 covers during a period of 15 years.

In the Fifties, Miles often worked in close collabora­tion with Andy Warhol, who helped him turn his concept designs to illustrations. One of the most famous results of this joint effort between the two is the cover of The Congregation by Johnny Griffin, which has reached an iconic status in the history of jazz. Later on Miles’ and Warhol’s relation­ship even led to him posing nude for one of Andy’s famous portraits.[5]

Although Warhol and artists such as Harold Feinstein were also working for Blue Note, it wasn’t until Reid Miles took over as the Art Director that the label could match the design style with its legendary ‘Blue Note sound.’ Whether this meant Miles’ creative use of black and white photographs or the way he treated the typography, “Miles made the cover sound like it knew what it lay in store for the listener” writes Felix Cromey in The Cover Art of Blue Note Records.[3]

Fifty Bucks an album…they loved it, thought it was modern, they thought it went with the music…one or two colors to work with at that time and some outrageous graphics!”

Reid Miles’ association with the label ended around 1967 when Alfred Lion, one of the founders of Blue Note, retired. Miles later returned permanently to Los Angeles, where he became famous for being paid $1,000,000/year to produce Coca-Cola ads that mimicked Norman Rockwell paintings. Quite a contrast to the fifty bucks an album that he was paid by Blue Note.

Miles continued working in his Hollywood studio for various clients until a massive coronary in 1993, which lead to his somewhat dramatic death.[4]

During the Fifties, when the design industry was in flux, Reid Miles pushed forward the way the typography is treated with his bold, playful designs, creative use of typefaces, and his distinct preference for contrast and asymmetry.

Personally, I’d like to think, that Reid Miles did the same to modern typography, as Charles and Ray Eames did to modern architecture and furniture.

I think typography in the early Fifties was in a renaissance period anyway. It happened especially on album covers because they were not so restrictive as advertising.”

A selection of Reid Miles’ designs from the 1950’s and 60’s. Most of these covers Miles designed for Blue Note, but there are few others included as well. Let the work speak for itself. ❦ 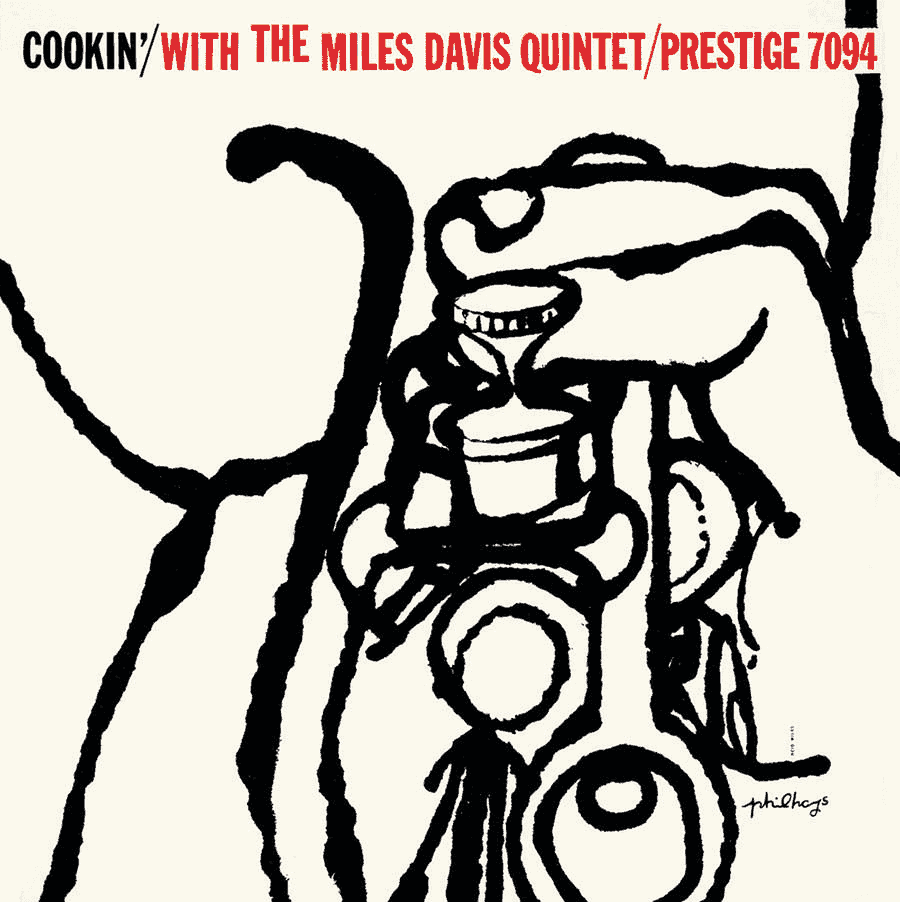 The Many Faces of The Web

During the winter 2014, me and my family rented an apartment from San Diego, CA for few months through my work. While staying there, we had an AT&T hotspot device that provided the network connection. For us, relying on this device, meant constant drops of connection, network latency like we’ve never seen before, and websites that were completely broken because Java­Script wasn’t loading at all. A part of this can be explained by the poor reception at the location where we were staying, but overall, the whole experience put me thinking.

This is an experiment I did months ago, but eventually never ended up posting it here. I had already forgotten the whole thing until it few weeks ago suddenly started popping up on my Twitter and Facebook timelines via other people. It’s a simple one pager you can use for example as a cheatsheet for various dashes. 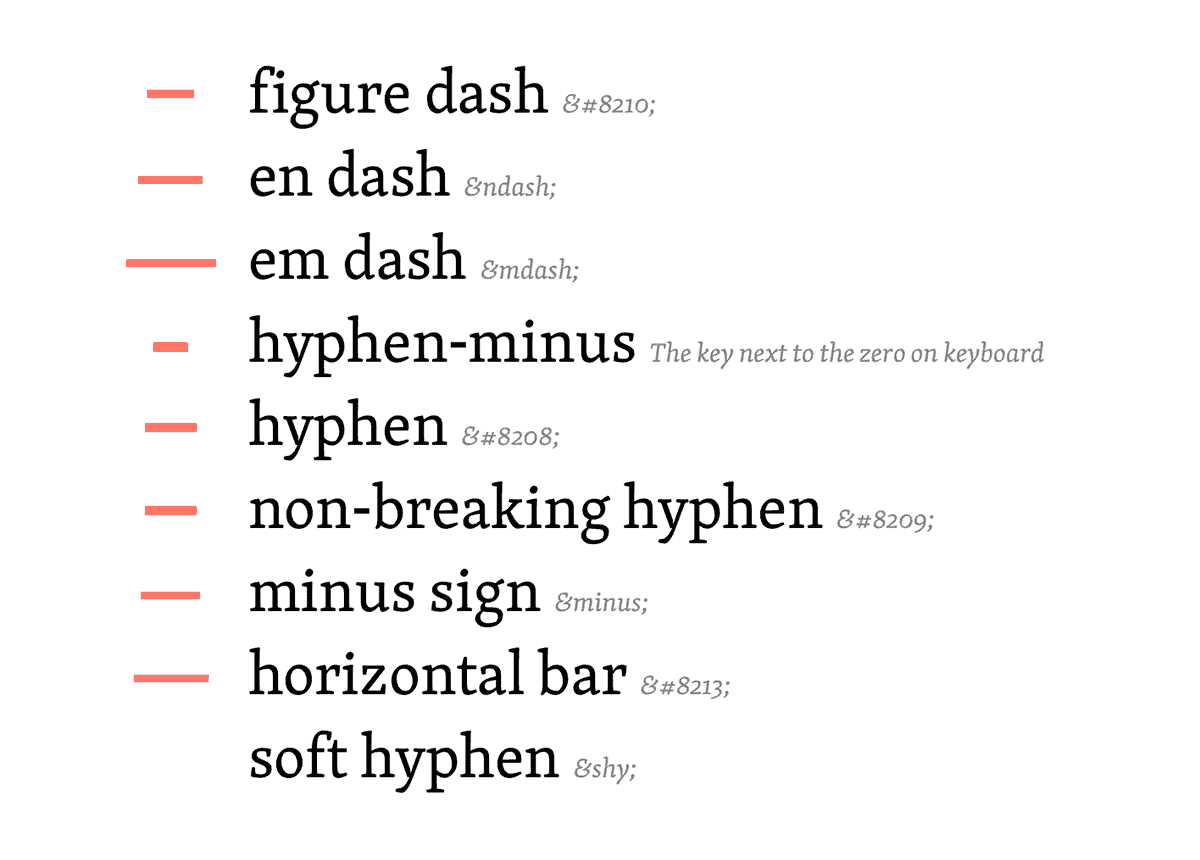 Manually adjusting line-height with media queries for optimum readability across vast number of screen sizes can be hard. What makes it even harder, is, that instead of the screen width, the line-height should be relative to its container’s width and its font settings in order to achieve proper readability and appropriate spacing.

Molten Leading is a tiny JavaScript plugin that automatically adjusts line-height based on element width for optimum readability across vast number of devices.

Thanks to @Wilto, there has been a jQuery plugin called “Molten Leading” around for quite some time already which makes it possible to automate this process and define a minimum width at which the adjustment starts, a maximum element width where it stops, and a minimum and maximum line-height to adjust through.

I wanted to use something similar in one of my latest projects, but I didn’t want to introduce new dependencies to external JavaScript libraries just because of this one feature. I also wanted something that would have a bit better performance, so I decided to write a custom version of Molten Leading without any library dependencies. All this is now available on GitHub too, so take a look and give it a spin.

Today, we are open sourcing the JavaScript code and the assets we used to build the responsive navigation on Adtile’s website. The code and examples are hosted on GitHub and can be found from here. There’s a live example too, under Adtile’s site, give it a spin. Read more about the features provided from the link below.